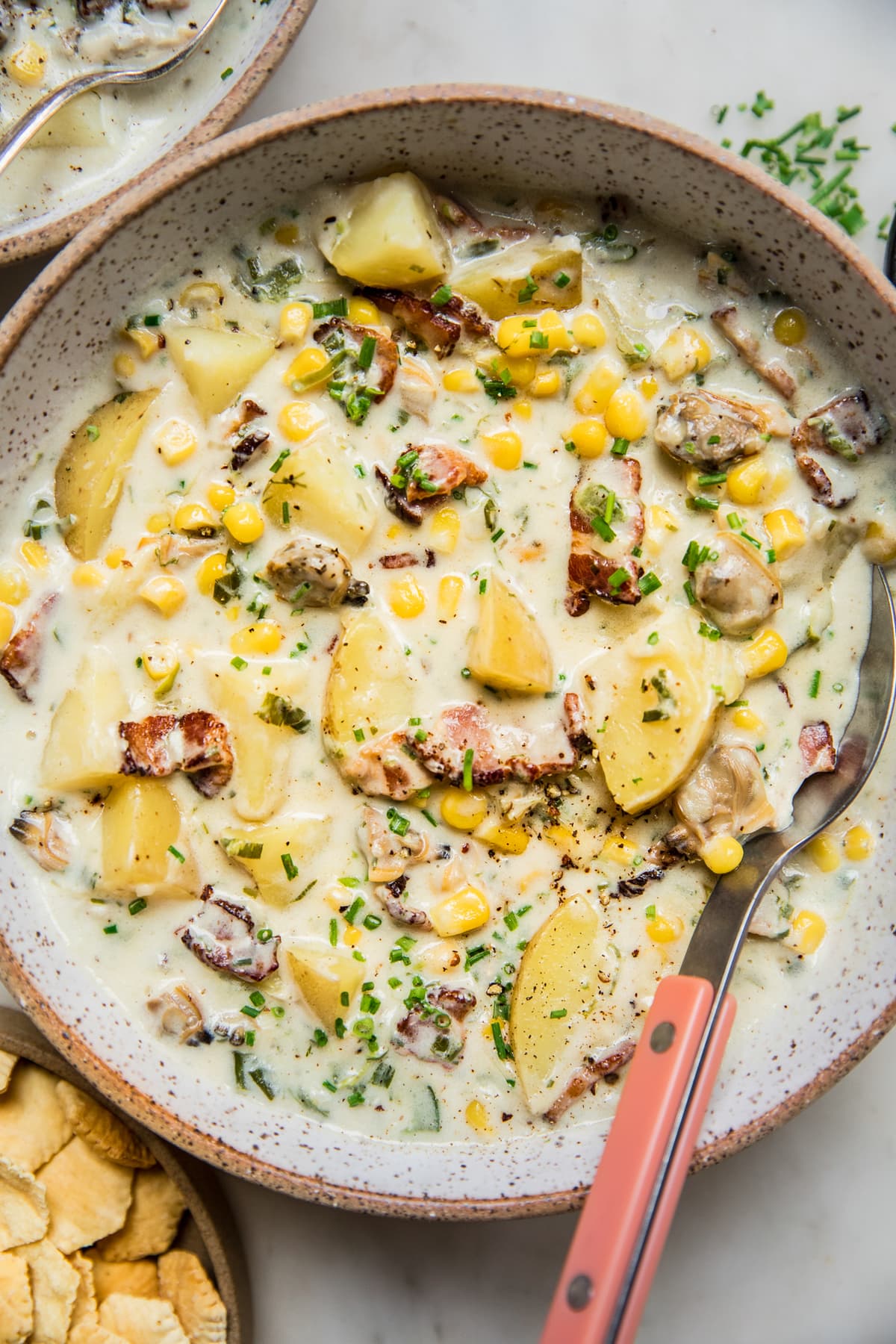 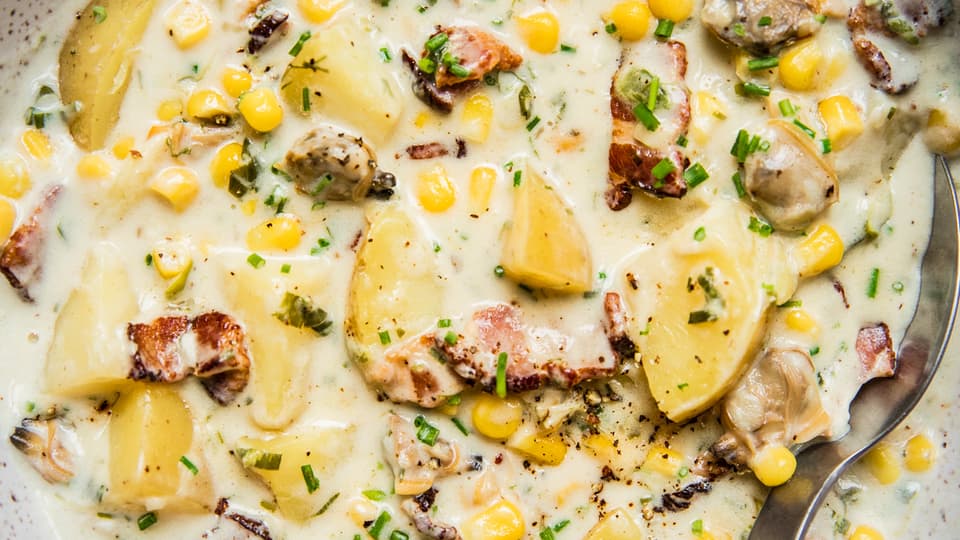 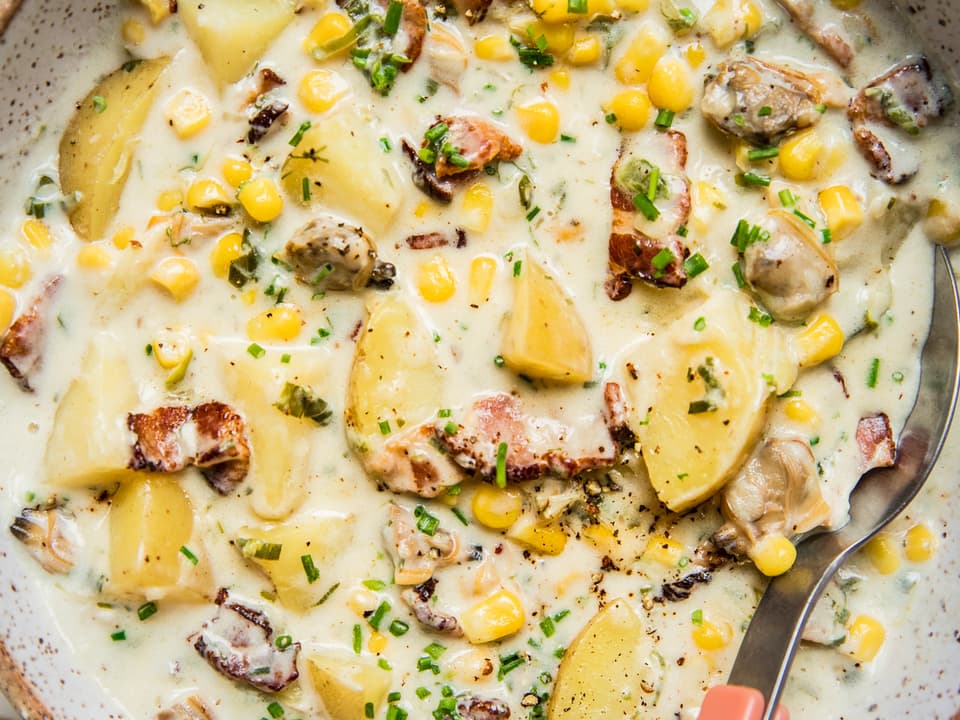 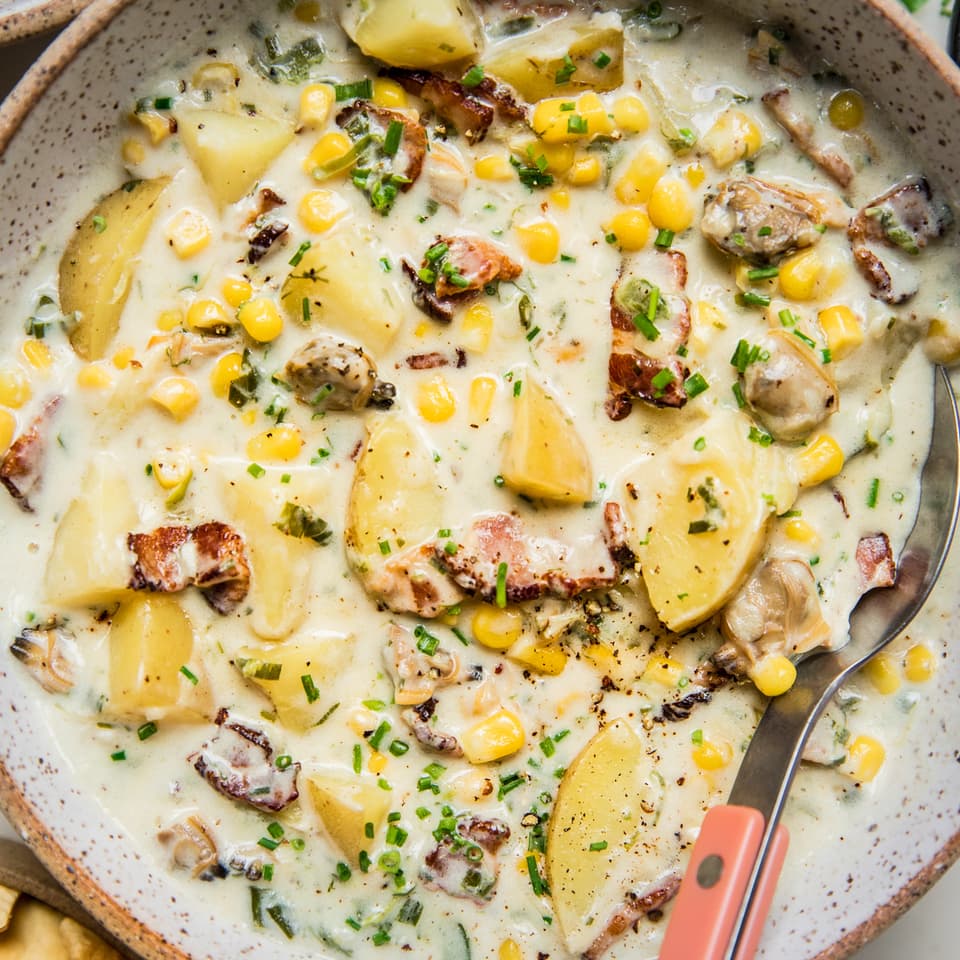 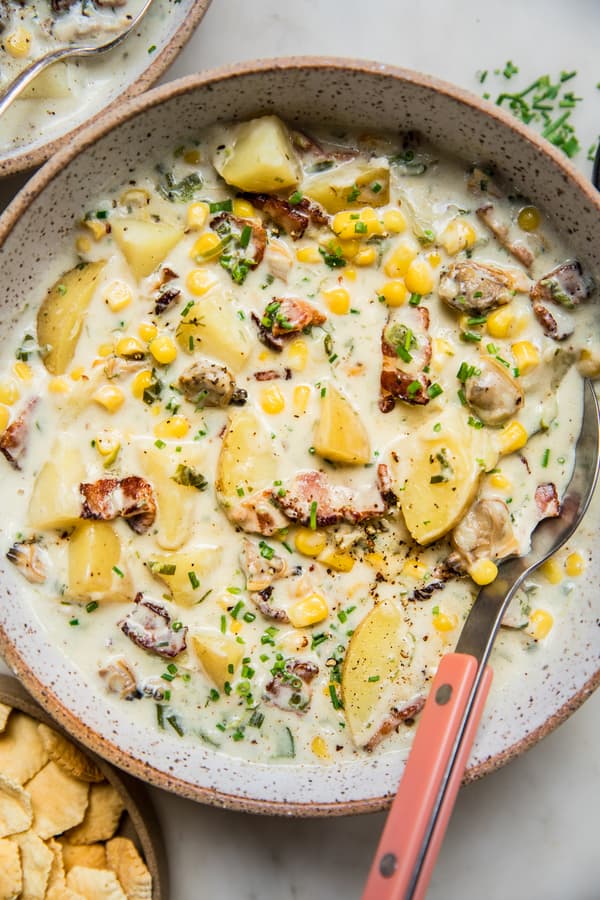 Clam chowder is a real classic. You might have favorite places to order it—a small coastal restaurant that specializes in it, or maybe a local spot that features clam chowder every Friday night? We love to order clam chowder out—particularly at the beach—it’s also really satisfying to make at home. It’s comfort food for a lot of use and it’s surprisingly great dinner party food, too. It even tastes better after a day or two—the briny flavors develop and cohere in a really wonderful way—so surprise! Clam chowder is the make-ahead dinner party super star recipe you’ve never thought of before.

What is Clam Chowder?

Trying to define exactly what “chowder” means can be a surprisingly hairy task. Manhattan clam chowder—brothy, light, tomato-based—is so different from New England clam chowder—creamy, hearty, stew-like—that they seem hardly related at all, save for the inclusion of clams. Today we’re focused purely on what most people probably think of as classic clam chowder, that is to say the New England variety, which is super rich and cream and filled with meaty, briny clams and potatoes. Who knew that something that can fairly be described as a chunky, cream-laden shellfish stew could taste as good as clam chowder objectively does?!

Our super easy clam chowder recipe just so happens to also be quite adaptable. You know we love a creamy soup with a kick—hellooooo salmon chowder!—but the jalapeños are very optional here. In the midst of all the butter, bacon fat and cream, they don’t end up adding much heat. But if you prefer your chowder salty, smoky, briny and sans spice, just leave them out. If you don’t have easy access to good fresh clams (or want to save yourself a little work) just use canned clams in place of fresh. The clam chowder will be ever so slightly less delicious, but delicious nonetheless. Here’s what you’ll need to make this easy clam chowder recipe:

How to Make Clam Chowder

So the easiest clam chowder is one made with canned clams. Yes, we admit it! And yes, you can make this recipe with canned clams. However, if you’re willing to do just a little bit more work—and we do mean just a little—and use fresh clams, the chowder will be better. Why? Because you cook the clams in water and thus make a clam stock of sorts with which to flavor your clam chowder base! And boy oh boy, does it pay off! So let’s assume you’re going to use fresh clams. Here’s how to make the absolute best clam chowder you’ve ever tasted:

Note: This recipe can easily be made with canned clams instead of fresh clams! Simply swap four cups of stock (fish, chicken or veggie) in for the clam cooking water and use two 6.5-ounce cans of clams, liquid reserved in place of the fresh clams. Add the reserved clam juice at the same time you would add the stock.

Need to change up some ingredients? Unsure about a step in the method? Click the Ask a Question button above. We’re here for you.