Perfectly crispy and smothered in Buffalo sauce, our super easy baked Buffalo wings recipe is here to deliver the game-day bliss dreams are made of.

The Best Buffalo Wings Recipe (and It’s Easy, Too!)

Baked Buffalo wings are really not much healthier than their deep-fried counterparts, but they are much, much easier to make at home and they taste just as great! Crispy skin is easily achieved—you’ll crank the heat on the oven, and then turn the heat down just a smidge when it’s time to put the wings in. And of course, once you’ve got the wings themselves nice and crispy, it’s all about making a perfect Buffalo sauce to smother them in! So yeah, we’ve got a killer Buffalo sauce recipe for you, too. Just don’t forget to serve the chicken wings with plenty of homemade blue cheese dressing on the side, OK? It’s kind of a make-or-break thing.

Why Is It Called a Buffalo Wing?

Well, with a food as iconic and beloved as the Buffalo wing, it’s never simple, is it? The true historical origins of the Buffalo wing are up for debate, if you’re into that kind of thing, but according to the Smithsonian (and it really doesn’t get much more authoritative than that when it comes to American history, right?) “most agree that the Anchor Bar, in Buffalo, New York, was where the buffalo chicken wing was invented.” And honestly, we’re happy to stop there. We’d like to just keep it really simple and go with that. It’s called a Buffalo wing because it was invented in the city of Buffalo, NY. Done. Meet us in the kitchen and let’s get cooking, OK? (But, P.S. If you love a good, long, juicy food history debate, though, check out Calvin Trillian’s now-infamous 1980 deep dive into the origin-story controversy behind everyone’s favorite game day snack over at The New Yorker.)

How To Make Buffalo Wings

Making chicken wings at home is so surprisingly easy! When you head to the store, look for chicken wings that are already prepared for you so that you don’t have to break the wings down into wingettes (also called “flats”) and drumettes yourself. Labeling seems to run the gamut a bit, but look for labels like “party wings” or just “drumettes”—any of those will work for this easy Buffalo wing recipe! And now that you know what to buy to make chicken wings, you can get cooking! Here’s how to make Buffalo wings at home:

How Do You Make Sauce for Wings?

Purists will tell you that classic Buffalo sauce can only be made from hot sauce (and they’ll tell you exactly what brand they prefer—a lot of people are deeply loyal to Frank’s) and butter. Well, we love that combo, but we also think that honey adds just the right little droplet of sweetness to balance out the heat. It also gives the wings a delectable stickiness that we (and everyone we’ve ever served them to) adore. Here’s what’s in our Buffalo wing sauce recipe:

Buffalo’s Gift to the World

While we’re sure that the city of Buffalo, NY has lots to offer, the fact that they’re the (likely) birthplace of a food as fantastic as the Buffalo wing is surely at the top of the list of the city’s achievements. We hope you adore these wings, and that you enjoy them in good company! When you make them, we’d love to hear how you love them! If you make it, let us know how you like it! Share a photo and tag us on Instagram using @themodernproper and #themodernproper so that we can see your stuff! Happy eating! 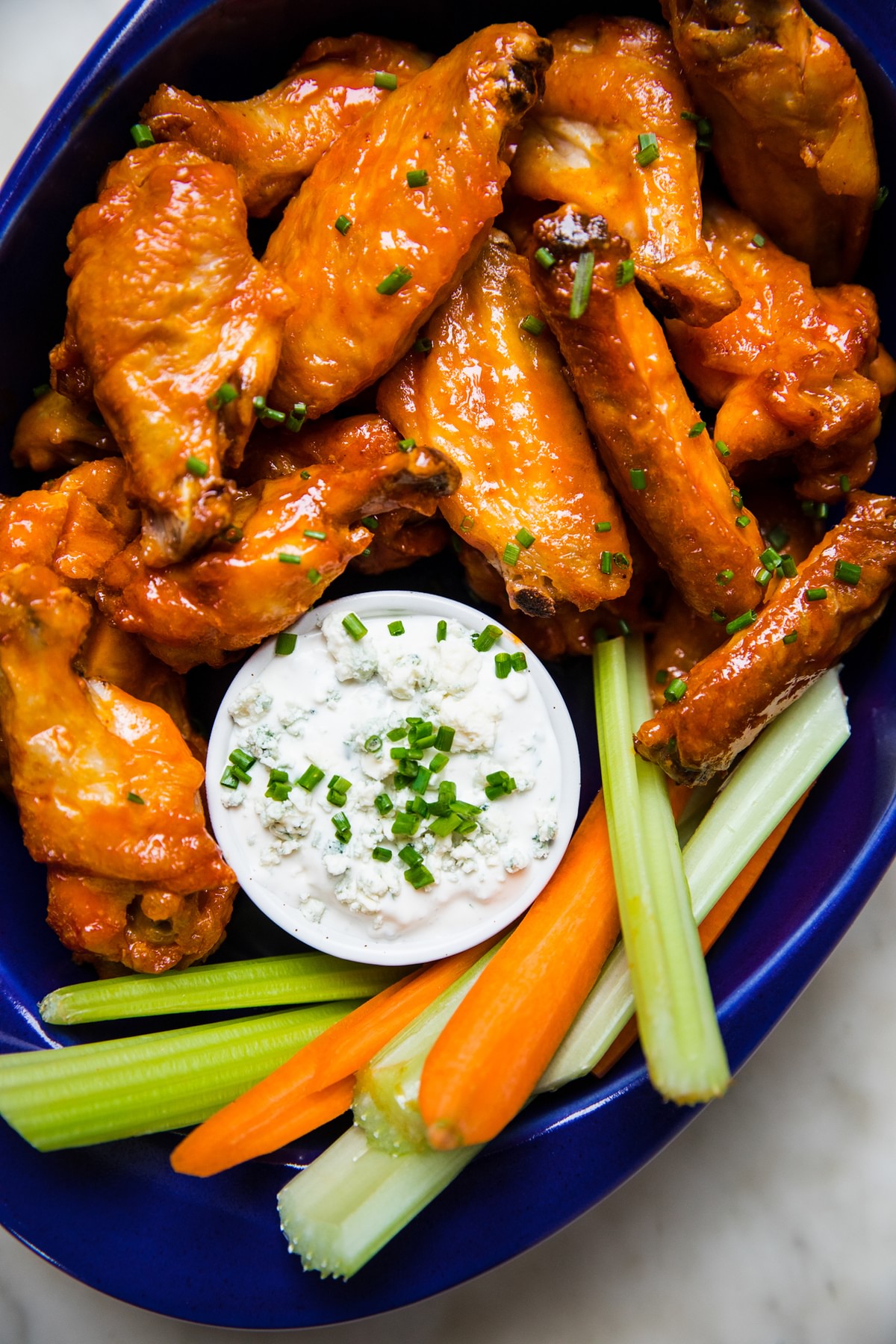 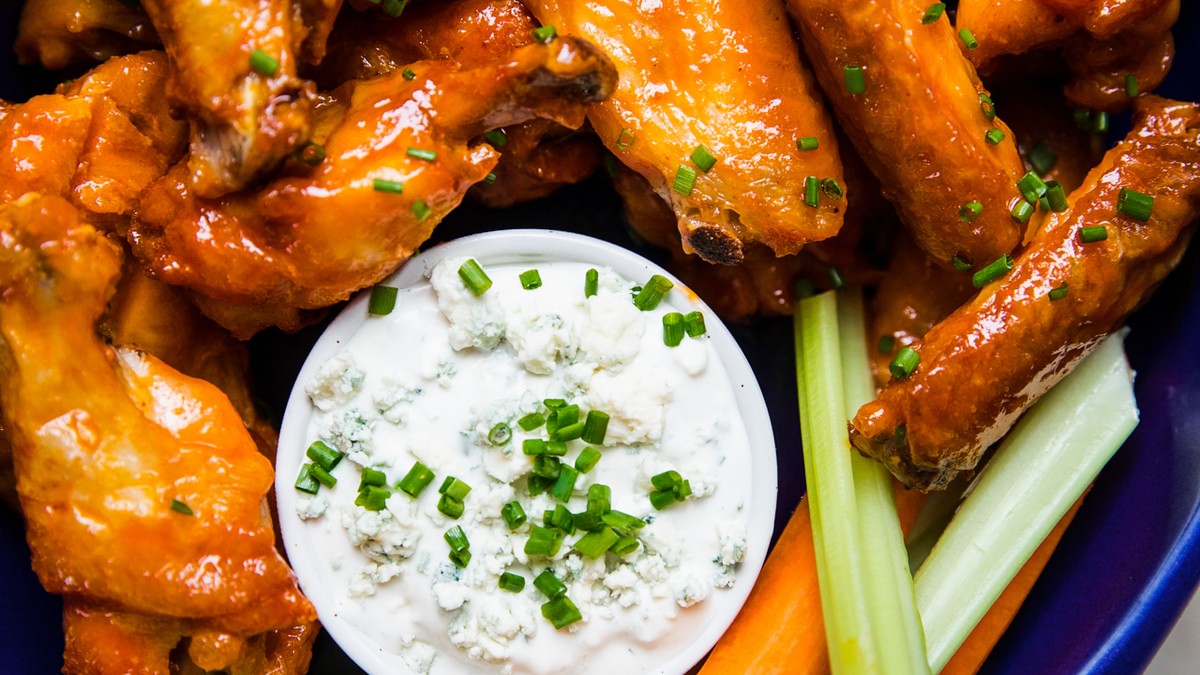 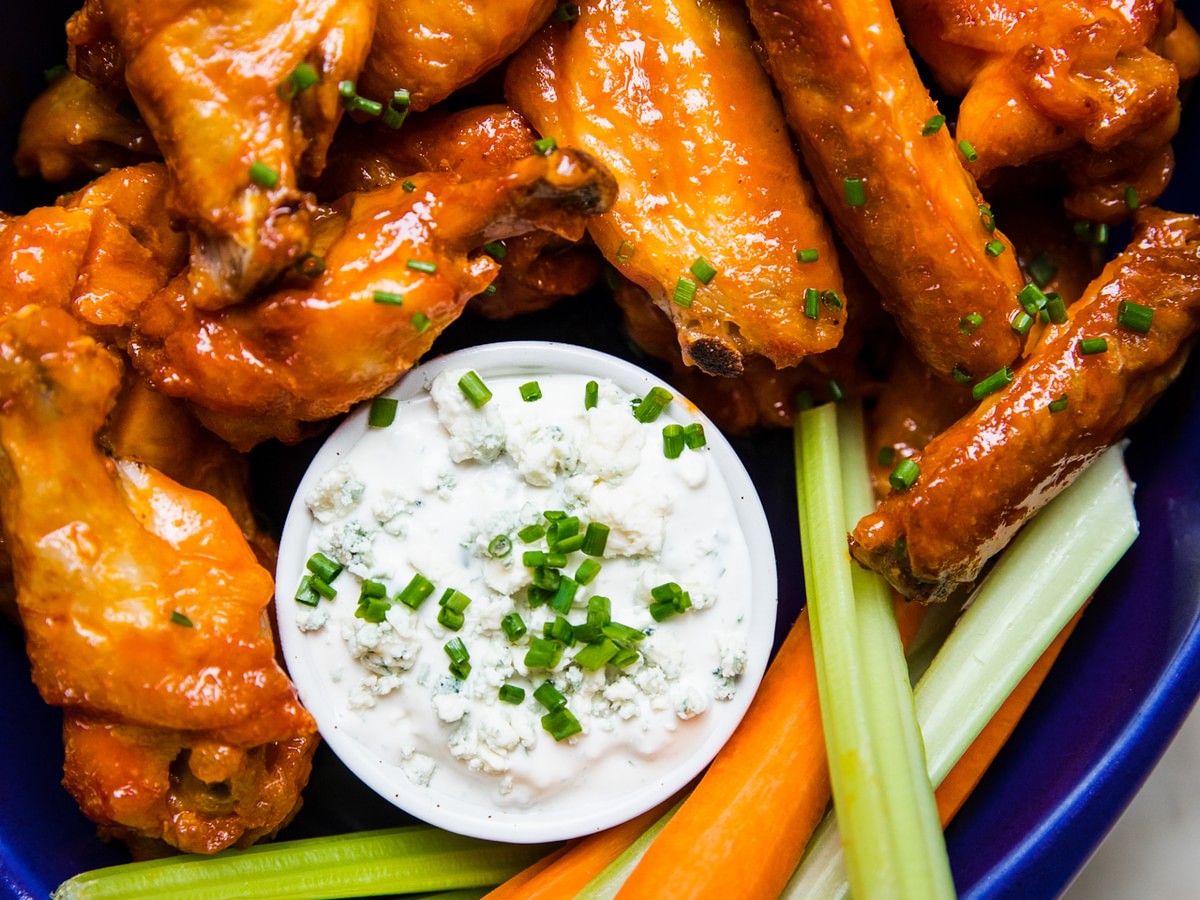 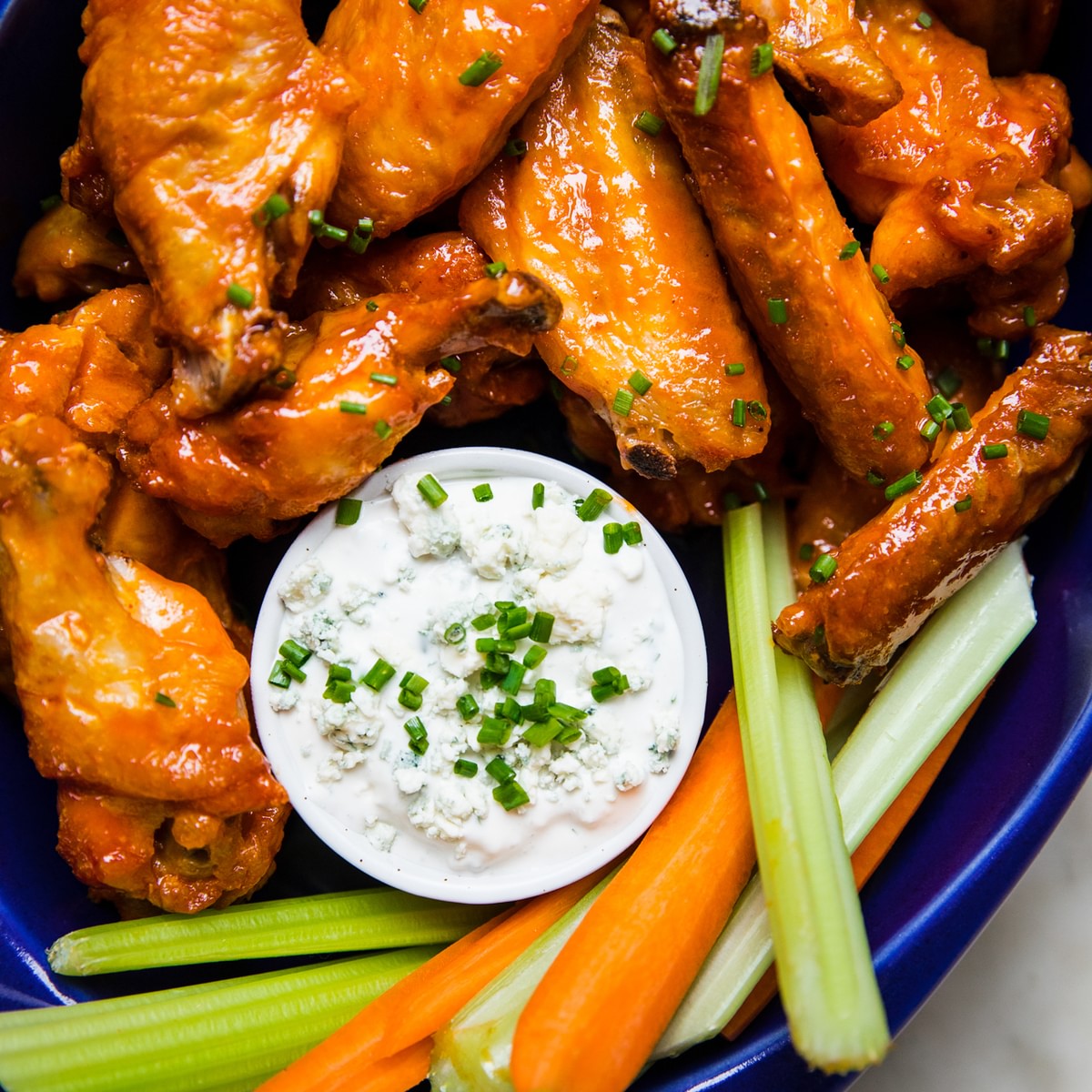